For a closer look at how people manage their social media work-life balance, we surveyed over 1,000 employees about their self-censorship behaviors online. We found some pretty interesting results, click to read more about this case study...

To learn about the prevalence and causes of burnout in the workplace across multiple demographics, we surveyed 928 current employees using the Maslach Burnout Inventory (MBI) questionnaire about their workplace experiences. We included "remote workplace" environments as well and were surprised by the results we got...

Whether it’s due to hating a job or simply desiring a change in scenery, we took a look at earnings over a variety of jobs to learn which occupations can be pursued without experience. We uncovered some pretty valuable information, read our case study now...

What items are sticky-fingered employees after the most, and how do managers feel about it? We surveyed 700 employees and about 300 managers about their experiences and perceptions of workplace theft. Keep reading to see what we found.

There are plenty of circumstances when a pay cut, well, pays off. From an increase in other benefits to a rise in growth potential, what are the reasons behind employees accepting a cut to their salaries? We ran a 1,867-person survey to find out how many people had taken a pay cut before, and then we looked in depth at the experiences of the 990 people who reported taking at least one pay cut in their careers. Read on to see what they said.

We started by surveying over 1,000 people across the country, all of whom were employed and working within one of the four types of gender distribution. After comparing everything from job satisfaction to productivity and even some more emotional components of a job, we were able to uncover the other dimensions to gender’s workplace influence. Continue reading to see exactly what that was.

We’ve surveyed 1,059 Americans to get their take on the matter: How many are in favor of raising the federal minimum wage, and do certain occupations deserve higher paychecks than others? We also assess respondents’ beliefs about what strategies a business should focus on and the necessary skill sets for employees to thrive in their positions.

When considering career paths, one’s brain likely jumps straight to salaries and job requirements, with hopes of optimizing one and minimizing the other. The median annual income in the U.S. for 2020 was just over $51K. So, if a job offers more than that, it probably sounds like a good deal. However, salary is only part of the equation, remember? That annual salary may become less appealing as the job requirements, working conditions, and daily stress become more difficult. We analyzed the U.S. Bureau of Labor Statistics’ (BLS) 2020 Occupational Requirements Survey to get a better picture of how different occupations’ salaries stand up to their job requirements. Keep reading to learn more about how not all jobs are created equal, and decide for yourself which positions are worth the pay.

When you think of your place of work, do you feel that you truly “fit in?” If you find yourself changing pieces of who you are, like the way you speak or express yourself, you may actually be doing what’s known as “code-switching.” With an emphasis on linguistics and verbal communication, code-switching refers to the process of shifting your methods of expression depending on the social context. In the office, this happens quite a bit, particularly for minority groups.

We’ve surveyed over 800 employees and more than 200 hiring managers to get the inside scoop on lying your way to a job. How wrong is it to slip in a white lie here and there during an interview? What exactly have interviewees lied about and what aspects of a job would entice them to lie in the first place? What are some tells that an interviewee might be lying? These questions, and more, will be answered as we dive deep into the world of white lies. Read on to find out more!

Building and maintaining an effective resume is one of the most important competitive advantages in the modern job market. There are all sorts of strategies for job seekers looking to stand out from the crowd, ranging from how to structure a resume and what to include, to inserting invisible keywords into your file to fool the resume sorting software. We wanted to know which of these strategies was most popular among applicants, and most importantly, which strategies were being noticed by hiring managers and actually helping the applicant along. We surveyed 751 hiring managers and 274 job seekers to find out what works and what doesn’t in the modern hiring process. Read on to find out what we discovered.

Are You A Member?

Want To Watch Our Videos? 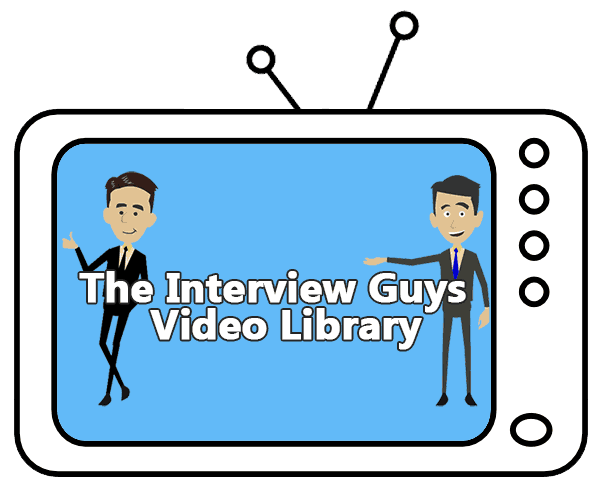 Visit The Interview Guys On One Of Their Social Networks